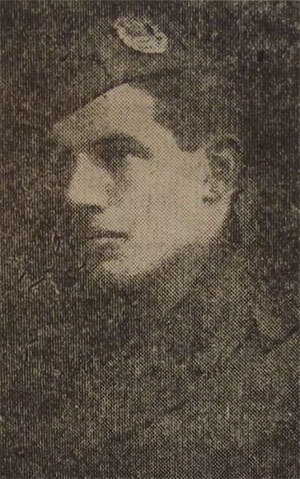 A communication has been received from the War Office stating that Capt. Gordon Barber has been killed in action. He was the eldest surviving son of Mr John Barber, J.P., of Little Heys, Bromborough, Cheshire, of the firm of Messrs. John Barber and Co., corn merchants, Liverpool, who was for many years identified with the public life of Wallasey, and who is held in the highest respect in the county.

Captain Barber, who was 24 years of age, was originally in the Liverpool Scottish, but was transferred to the Cameron Highlanders. He was 6ft. 7in. in height of fine physique and was known amongst his friends as “Tiny,” and was popular with all ranks. He was a true and brave soldier, and his great delight was to spend all his spare time at the Scottish headquarters. He was educated at Dunchurch and Bradfield College, and for some time after leaving college he was with Messrs. Harrison Bros., corn merchants, of Liverpool. He was unmarried, and was a member of the Birkenhead Football Club, and vice president of the New Brighton Cricket Club.