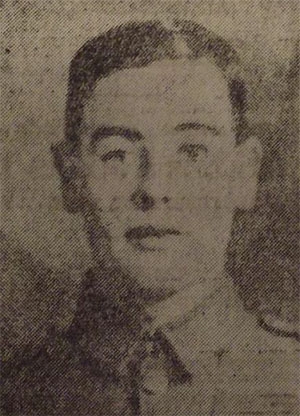 The sad intelligence has been received that Lance-Corpl. John Lynch, Cheshire Regt., died on July 28 at No. 10 General Hospital, Rouen, from gunshot wounds received on July 25; he was also partially paralysed and poisoned by gas. He joined up in the early part of the war and went to Egypt on January 5, 1915. He was afterwards drafted to France and was only there a month when he was wounded. Twenty-one years of age, he was educated at St. Joseph’s School, and played football for the local grocers’ teams. He also won prizes for swimming. He was the eldest son of Mr and Mrs Thomas Lynch, 16 Palermo Street, Seacombe.

The battalion war diary for the 25th July records the following

06.00am. Our barrage came down on front line and support and inflicted several casualties.

The day passed quietly except for usual artillery activity. During the night the line was actively patrolled

Officers 1. Other Ranks 18. Which consisted of.