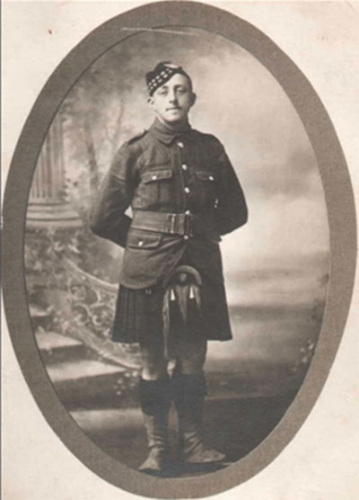 Born in 1886 at Wilmslow, son of plasterer, Charles and Sarah Bushill, of 5 River Street, Wilmslow, by 1911 the family had moved to Ivy Dean, Mount Pleasant. George worked as a calendar man at a bleach works.

George attested at Manchester, and after his training was drafted with the British Expeditionary Force (B.E.F.) to France 2nd May 1915. He was killed in action 23rd October 1918 aged 32.

It is not known where and when he was awarded the Military Medal. 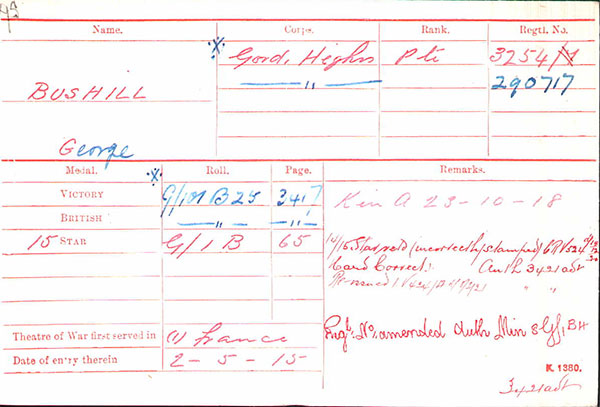