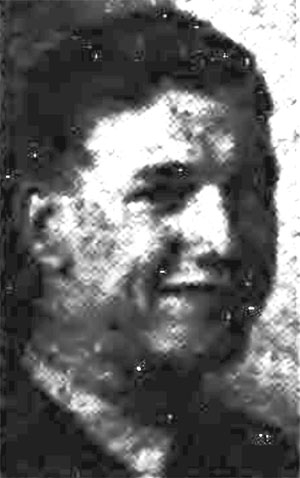 Sergeant Ernest William Curzon age 20. Ernest was the youngest son of Mr. Bernard and Mrs. Curzon of 48, Ledward Street, Wharton, Winsford. Ernest went to school at Wharton and before the war he was working as a postman in the Wettenhall area. In December 1943 he married Miss Leese, who was a nurse at the Albert Infirmary.

Two brothers were also serving, Corporal Robert Curzon in 1944 was reported as a prisoner of war, and Sergeant Bernard Curzon was serving in the R.A.F.