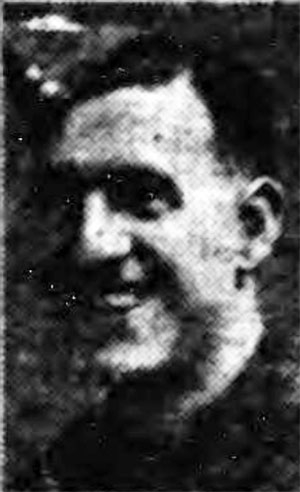 Private Norman Richardson aged 24, he was the only son of Mr. William Henry and Mrs. Harriet Richardson of 275 Station Road, Winsford. He was married to Winifred Emmeline Richardson who was serving with the W.R.N.S. and whose home was in Tonbridge, Kent. Before the war Norman worked as a butcher with Mr. A. Moors, Wharton Road, Winsford.

He had served for four years of which 14 months had been spent abroad. A cable from Norman dated 14th February read; “I have left hospital, health fully restored” Norman was reported killed in action on 15th February 1944, the day after he sent the cable.