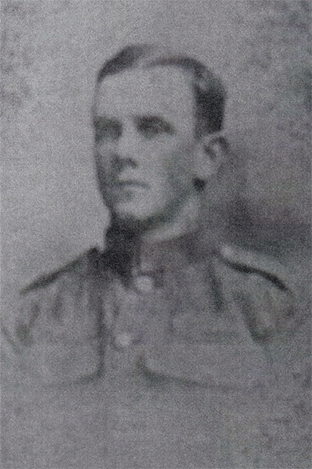 Son of Mr. John Summerfield and Mrs. Annie Summerfield of 10, Derby Street, Congleton, Cheshire. In 1901, he resided with his uncle, Mr. Samuel Birk, at 12, Union, Street, Congleton, Cheshire. He had no sisters, or brothers. Prior to enlisting in February 1917, he was employed on Munitions Work, at Plumbley, near Northwich, he had previously been employed as an Apprentice Clogger.

On Sunday the 29th of August at about 05:30 hours the 2/7th Battalion the London Regiment again pushed forward and successfully occupied a position along Messines Ridge, having encountered little opposition.

The 2nd Battalion, the South Lancashire Regiment having received orders to extend its final objective to Houthem, moved forward about 06:00 hours. The final objective was reached about 15:30 hours, by which time the Battalion was holding a line along the Ypres Comines Canal from Houthem to Lock 3, about 1200 yards. Orders now having been received to extend the southern boundary, "C" Company moved up to fill in the gap. As the final objective was reached it was found that the 41st Division on the Battalion's left were being forced back by enemy machine guns enfilade fire. The two left Companies "D" and "A" were able to rout the enemy and this enabled the 41st Division to regain their touch with the left of the Battalion and establish the line with the 90th Brigade on the right.

The Battalion's Companies being “D” “A”  “B”  "C" left to right. During these operations the enemy's machine guns were very active but the casualties were very slight. A number of guns and miscellaneous stores were captured. Heavy rain commenced at 15:00 hours and continued all night. Rations and supplies were taken by limbers to Messines cross roads and then to the Battalion by pack animals. On the 30th of August, the heavy rain continued until about 10:00 hours, about which hour the transport returned to the lines at Locre Chateau. The Battalion remained in position it occupied the previous day until about 16:00 hours, when it withdrew to reserve, the 41st Division having got in touch with the 90th Brigade on the Battalion's right, moved to an area about one mile east of Houthem being accommodated in dug outs and shelters. Private Thomas Summerfield was dangerously wounded during the actions of the 29th/30th of August from which he later died at an hospital in France. He is buried at the La Kreule Military Cemetery, Hazebrouk, France.

Extract from the Congleton Chronicle 1918.

Shortly before his death Private Summerfield wrote to his parents telling them not to trouble, as he was going on very well. The Sister in Charge conveying the sad news of his death to his parents stated. Your dear son passed peacefully away. He was quite conscious up to half an hour of his death. It has cast a gloom over the whole place, for he was such a favourite. On Wednesday last week the bereaved parents learned that their son had been seriously wounded in action in France on the 30th of September 1918 and that he had been conveyed to hospital. From further inquiries they learned that he was suffering from gunshot wounds and that he was receiving every care and attention. Their hopes of his recovery were brightened by the receipt of a letter which he himself had written and in which he stated that he was looking forward to returning to England. The happy reunion however, was not to be, for he passed away a few days later. In this their great loss, the deep sympathy of all will go out to the bereaved parents and the sincere hope that in their trial the Almighty will sustain them. Private Summerfield who was 22 years of age is another whose name will adorn the Roll of Honour to our townsmen who have made the supreme sacrifice in their Country's cause. He had been wounded twice previously and only a few weeks prior to going into action, in which he received his fatal injury, he had been in hospital for eight weeks. In the letters to his home, however he always wrote in a most cheery spirit and frequently referred to the old town and its associations.

Cheshire County Memorial Project would like to thank John and Christopher Pullen for this information on Thomas.