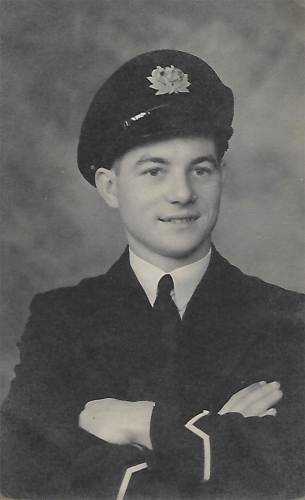 William Alan Kemp was born 9th December 1921 in Tranmere, he was the son of a Master Mariner. In his early years he lived at Rock Ferry. Age 16 he started a five-year apprenticeship as a marine engineer at Cammel Lairds.

Early 1944 William, known to his family and friends as Bill joined the Merchant Navy Reserve as an engineer. He sailed worldwide to many destinations including, New Zealand, India, USA and Canada. He served on numerous ships including, The Empire Flag, The Tekoa, City of Florence, City of Dunkirk, City of Norwich and City of Christiana. William married Dorothy (Dot) Pickstock also from Tranmere on the 23rd September 1947 at St. Pauls Church in Tranmere.

Bill left the Merchant Navy in 1951 and secured a job as a maintenance fitter at Brunner Mond, Lostock Gralam. The family moved to Townshend Road Lostock. William worked his way up to the position of Foreman Fitter, retiring in 1980. 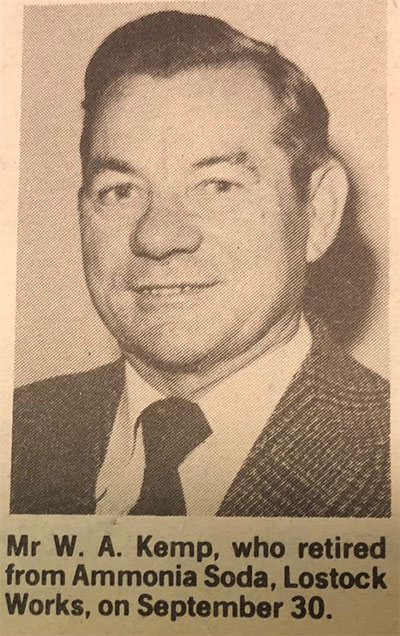 The Cheshire Roll of Honour would like to thank Janet Rourke, William's daughter for the main picture and information on William, and Judith Wilde for the information at Brunner Mond.