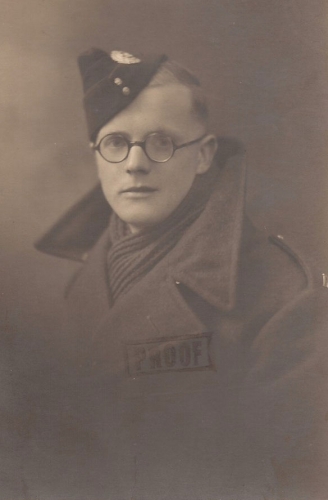 His service record shows him enlisting as a Sapper 2nd August 1940, he lived at 51 Houldsworth Street in Reddish, Stockport with his parents Walter and Violet Heginbotham.   He was posted to 575 A.T. Company R.E.s

4th March 1941 he was sent to Gibraltar until 6th November 1943 with 575 A troop Gibraltar PTT Pioneer Group E. Whilst there he had his 21st birthday. Pictured below Walter while in Gibraltar. 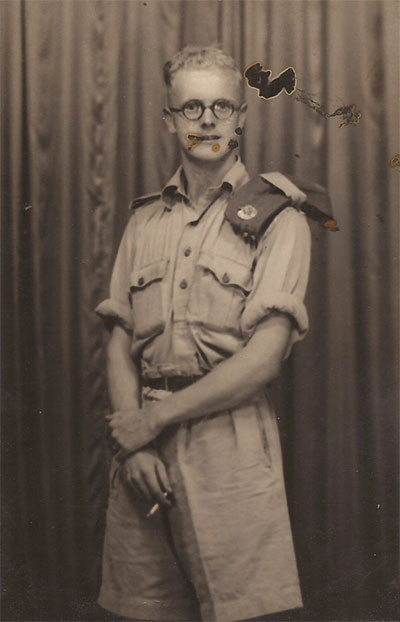 When he came home, he was given special leave to marry Lily Clarke at St Marys Parish Church, Stockport on 16th November 1943. Lily served in the ATS click here to view Lily's page. 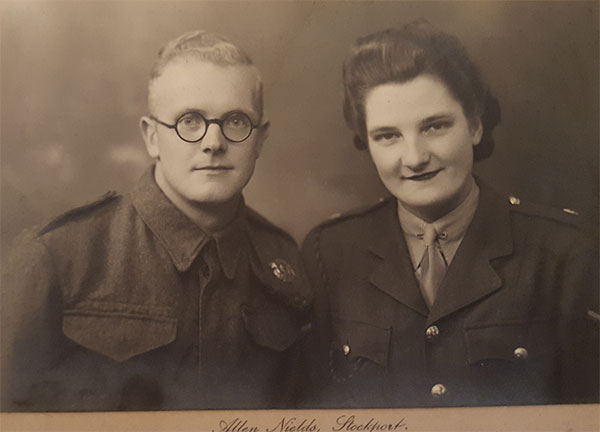 He was then posted south, and part of the time was spent at Barkfold Camp in Wisborough Green in Sussex, he took part in the D-day operations, he went in on D-Day +4.

His unit was one of the first to enter Brussels when it was liberated, and he was billeted with a family called Capelle, he stayed there a while and they became great friends with whom he corresponded after the war. Walter’s family still have the letters from Richard Capelle to Lily during his stay saying how generous Walter was in getting them food and supplies when he could, as they had nothing from being under German occupation.  Richard Capelle was a Fireman, pictured below with Walter. 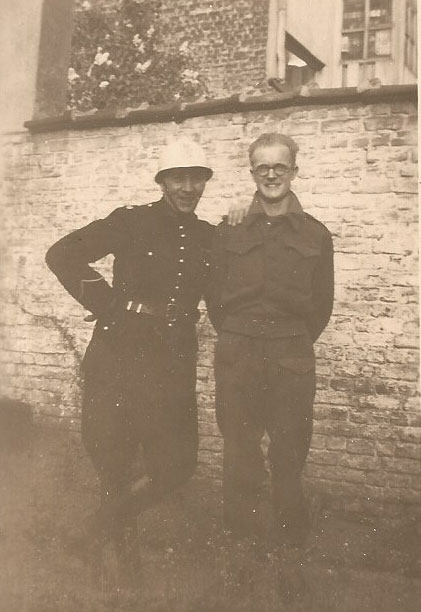 Walter was released from the Army in Dusseldorf on 17th August 1946. His army release papers in 1946 described him as a hardworking and very capable tradesman, reliable and cheerful.

When he came home, he worked as Bricklayer all his working life, and was a very skilled man who could turn his hand to many skills.  He would repair things, build extensions for people, brick walls (he built one for a Scout Group in Reddish)

Sadly, for Walter and his family, Lily was killed in a road traffic accident 25th December 2004. Walter passed away 25th October 2013 age 93.

The Cheshire Roll of Honour would like to thank Beryl Smith, Walter and Lily's daughter for the pictures and information.