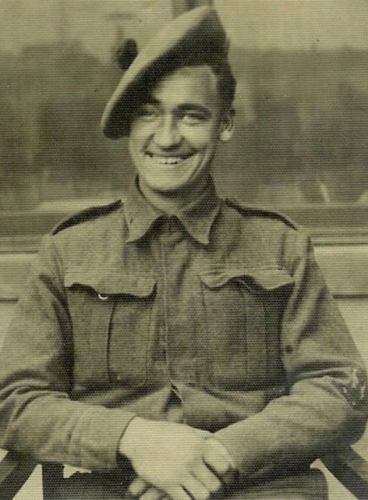 Frank Kenyon was born in Birkenhead 26th January 1915. Before the war broke out 3rd September 1939 he worked as a milkman. Just before enlisting he married Doris (nee Williams) 11th September 1939.
Frank served in the Middle East and Sicily where he was captured, he would spend two years as a POW first in Italy and then in Germany.
After the war he returned to Birkenhead and to his former job as a milkman, he later became an electrician.
Frank passed away October 1982 age 67.

The Cheshire Roll of Honour would like to thank June Price, Frank's daughter for the picture and information.