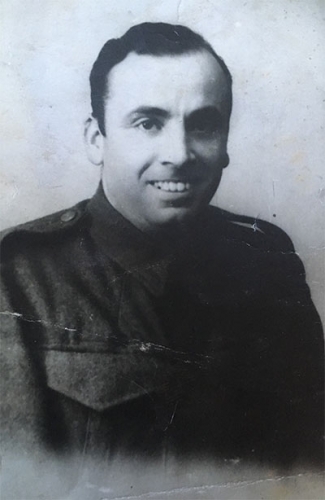 Born 28 May 1912, youngest son of Joseph and Ann Potts, of 4, Parkgate Road, Moss Estate, Macclesfield. George was educated at Duke Street and Mill Street Schools. He was employed by Mr P. J. Lynch, steeplejack, before joining the Army in 1939. George was a prominent sportsman: he formerly played for Macclesfield United and had also appeared for the Castle Shoe Company team (where he was for a time employed) in the Work-shops Knockout Competition. He had held the “Bullock” Bowling Cup in connection with the Brewers Arms Club. George married Annie Bamford in the final quarter of 1933, registered at Macclesfield, living at 14 Water Street.

His widow was informed that he had died from wounds sustained during the fighting in North West Europe. He had previously been in a commando unit and went to France soon after D-day.