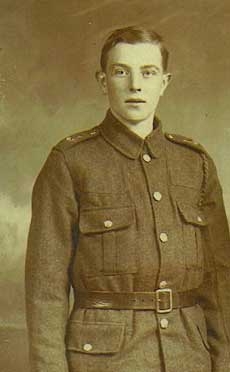 Ernest was educated at St George's (London Road) school, being first admitted on 3rd November 1903. After leaving school, he found employment as a telegraph messenger for the General Post Office.

Ernest attested at Macclesfield, joining the 7th Battalion of the Cheshire Regiment.

Following a period of training in various locations in the south of England, the 7th Cheshires, as part of 159th Brigade, 53rd (Welsh) Division, received orders to equip for service in an undisclosed location in the Mediterranean. In July 1915 they sailed from Devonport to Alexandria in Egypt, then on to the island of Lemnos on the 4th August.

Thanks to Ann, and to James for their assistance in compiling this information.