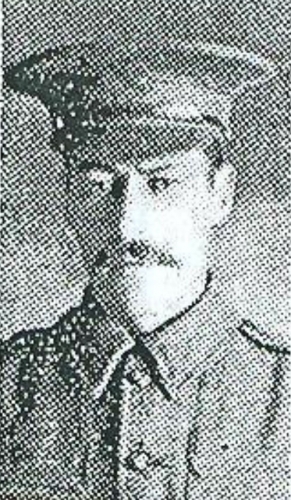 George was born in Northampton in the late summer of 1880. It's not known when he moved to the Stockport or when he married his wife, Helena. They are known to have lived at 32 Bridgefield Street and had three children. George worked for Thomas Moran, a builder in Cheadle Hulme. When he went to enlist into the army in September 1914, his construction skills were recognised, and he was assigned to the Engineers. 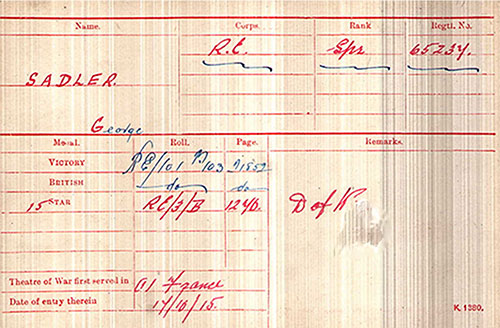 The 253rd Company was not formed until January 1916; George was overseas before that, arriving in France on the 17th October 1915 and at some point after was transferred from another engineering unit. The main role of the Tunnelling Companies was to sink mines and then dig underneath the enemy trenches where explosives would be placed. However, George and his comrades had not been mining for several months. They had been engaged on laying light railway track from reserve positions to the artillery batteries that were to be used in the Third Battle of Ypres.  The Battle had started on 31 July and the men were still working - either extending the railways as the British advanced or repairing tracks damaged by shellfire. Sometime during 5 August, George was badly injured. The Company's War Diary doesn't indicate if this was from shellfire or from an accident, but it does note that "One man died of wounds No. IV Section". George will have been evacuated from wherever he was working to a field hospital at Lijssenthoek. There, military surgeons will have done all they could, but sadly he died.