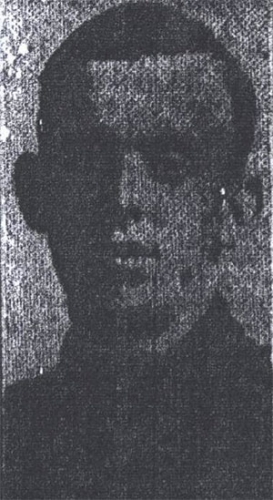 Born in 1894 at Truro, Cornwall, son of Royal Artillery Sergeant, John and Blanche Amelia, (nee, Cook), Bracegirdle. In 1901 the census indicates that the family were stationed at the Royal Artillery Barracks, Central Cardiff.  Gilbert was the eldest in the family, his siblings were, Leonard James, Winifred and Edith.

When Gilbert attested at Altrincham, 28 August 1914, he was working as a nurseryman and living at 135, Ashley Road, Hale. He was 20 years of age, six foot and a quarter inches tall weighed 145lbs with a thirty-six and half inch chest measurement, he had grey eyes and brown hair and his religion was Church of England. Gilbert embarked with the Mediterranean Expeditionary Force, 15 October 1915, and served at Gallipoli, 4 November 1915, he was admitted to hospital one week later with diarrhoea and then was transferred to a hospital in Malta where he was treated for dysentery. Gilbert was invalided back to England, 3 December 1915.

Once fully recovered, Gilbert embarked from Southampton, 15 November 1916, for Le Havre, France, his army record states he died of wounds accidently inflicted, Tuesday, 6 February 1917, aged 23 years. There was a court of enquiry held, but no papers are shown in his records.