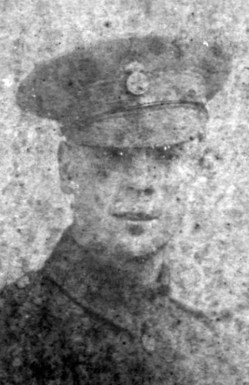 William Henry Rose was baptised at Hurdsfield Holy Trinity Church on 29 December 1899, the son of Annie and James Rose, a labourer of Hurdsfield. In 1901, one-year-old William was living at Hurdsfield Road, Hurdsfield, near Macclesfield with his parents and brothers Daniel (2) and Walter (3 months).

The death of Private William Rose was reported in the Macclesfield Times on 11 October 1918:

Mrs Rose, of Higher Hurdsfield, has been notified of the death of her son, Pte Wm Henry Rose, in action in France on September 19th. Eighteen years of age, Pte Rose was educated at Daybrook Street School and was a scholar at Hurdsfield Church Sunday School. He later became associated with Ebenezer Chapel. He was a member of the Hurdsfield Church Brigade (4th Macclesfield) and a model scout. Prior to enlistment he was employed at Ingersley Vale Bleach Works. Two cousins have made the supreme sacrifice and two uncles are also serving.

...Two cousins and one uncle have made the supreme sacrifice, and a brother and two other cousins are serving.

Private William Rose is buried at the Gouzeaucourt New British Cemetery, France, in grave ref. I. G. 7. His mother asked for the inscription “I AM BUT A STRANGER HERE HEAVEN IS MY HOME” to be added to his headstone. The Commonwealth War Graves Commission holds casualty details for Private William Rose, and he is listed on the Imperial War Museum’s Lives of the First World War website.