Owen Prandle was born in 1885 in Chester to William and Mary Prandle.  He started his working life on the railway and married Florence Griffiths in 1908.  Together they had three children, Owen, Arthur and William 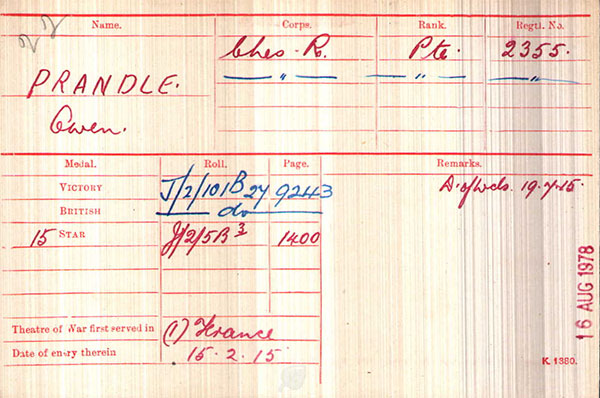 Owen Prandle was awarded the Victory Medal, the British War Medal, and the 1914-15 Star

The following notice appeared in the Chester Chronicle of 31.7.1915:

‘Villagers will regret to hear of the death of Owen Prandle reported as having been killed at the front. He was a member of Kelsall Church Choir and resided at Ashton but before enlistment he was employed at the Railway Station, Chester. He leaves a widow and three young children’

He is buried at Spoilbank Cemetery, at West-Vlaandeven, Belgium; it is located 3 miles south of Ypres. 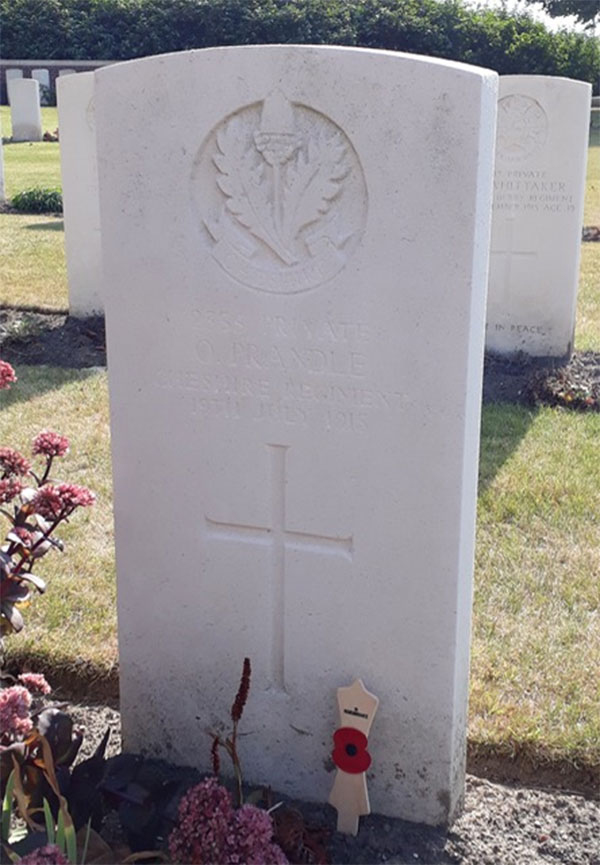